Now before I start this review, I must apologise as it is a bit late. Whilst I was sat down writing the first draft, my portable hard drive died on me which was rather catastrophic as it contained all my photos, ideas and drafts for my reviews. Now some may say it is just one of those things, they do fail and being knocked on the floor by my dog may have had something to do with it. But I am not so sure. You see I love a good conspiracy theory so as far as I am concerned it could have been 5G interference, the Gates foundation trying to mess with smoke free harm reduction options or even those pesky reptilians. Who knows! But I am back in action now and will not be silenced, especially when it comes to letting our readers know about some of the latest e-liquids to arrive at POTV towers for review. Not that I was prepared to take any chances so I have taken the precaution of fitting some rather swanky looking tin foil hats to each bottle, I’m not taking any chances this time round!

Monday Vapes got in touch and asked us to take a look at a new range of shortfills made by Riot Labs, the Flat Earth range. They asked which ones I would like to try but I like surprises so I left it up to them to choose the selection, and I have to say they did rather well. The full range consists of twelve different flavours which are all on the sweet and fruity, although there are also some menthol/cool flavours to mix things up a bit if that is more your preference. They are all 100mg bottles with space for your nic shots and are 70VG/30PG. The labels are clean and clear with all the usual warnings and the bottles have a nice squish without being too soft. A shortfill lid opener is recommended here if you want to save your nails. 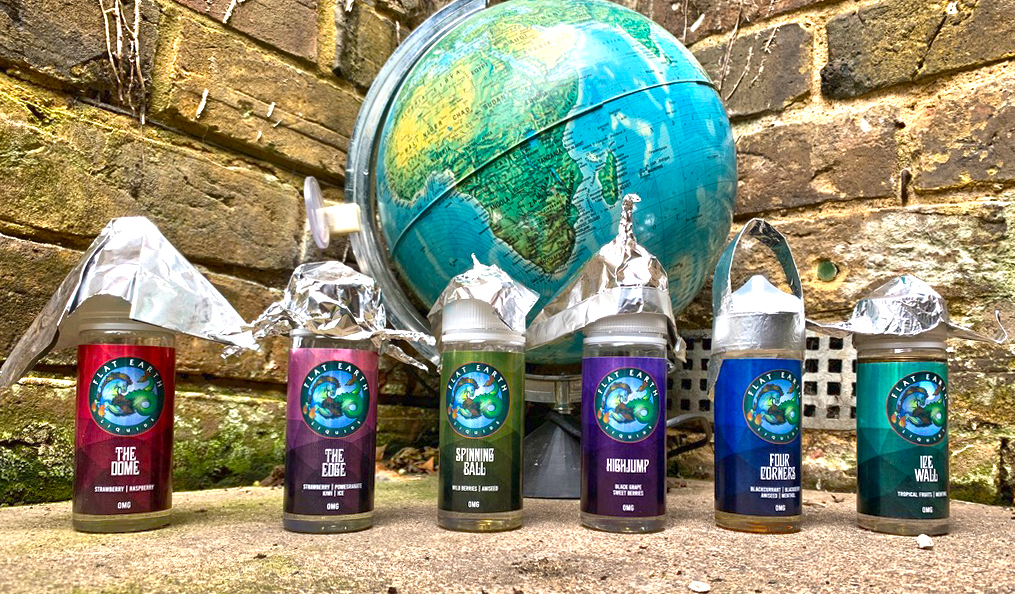 “HighJump - Ripe and juicy notes of Black Grapes, combined with sweet mixed Berries and a dash of Mint”

I am rather partial to black grape e-liquids so was very happy to see this in the package. Whilst it is the dominant flavour, it is tempered down with a sweet and slightly tart general mixed berry flavour and the balance of the two is spot on. I find some black grapes can be too strong but that is not the case here so it makes for an easy all day vape rather than a treat level mix. The mint is very mellow but helps to keep things refreshing, more of a peppermint than an extra strong. We are off to a good start with High Jump. 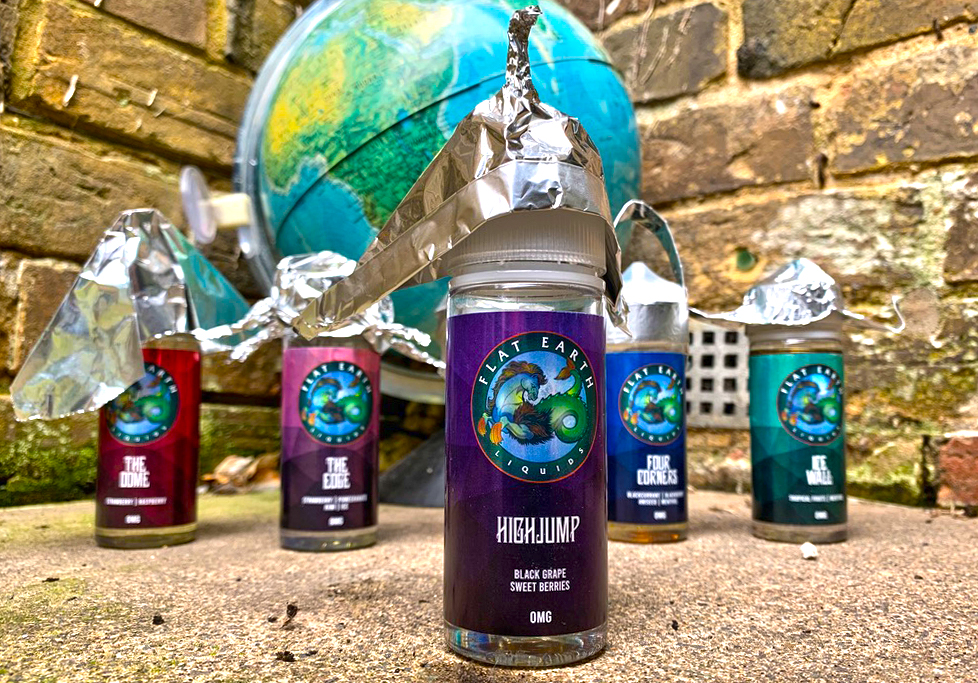 “The Dome - Sweet Strawberry blended together with jammy Raspberry”

Again, these are flavours which I would have picked myself. I must admit I hadn’t read the description before writing this as I like to go in blind and with no preconceptions to colour my judgement so I was very happy to see “jammy” was used as that is exactly how I would describe The Dome. It is one of the nicest jam style e-liquids that I have tried with just the right amounts of both strawberry and raspberry. It is not one for those looking for authentic fruit flavours but if you like a nice dollop of Hartley’s on your toast in the morning, you will definitely enjoy this one. 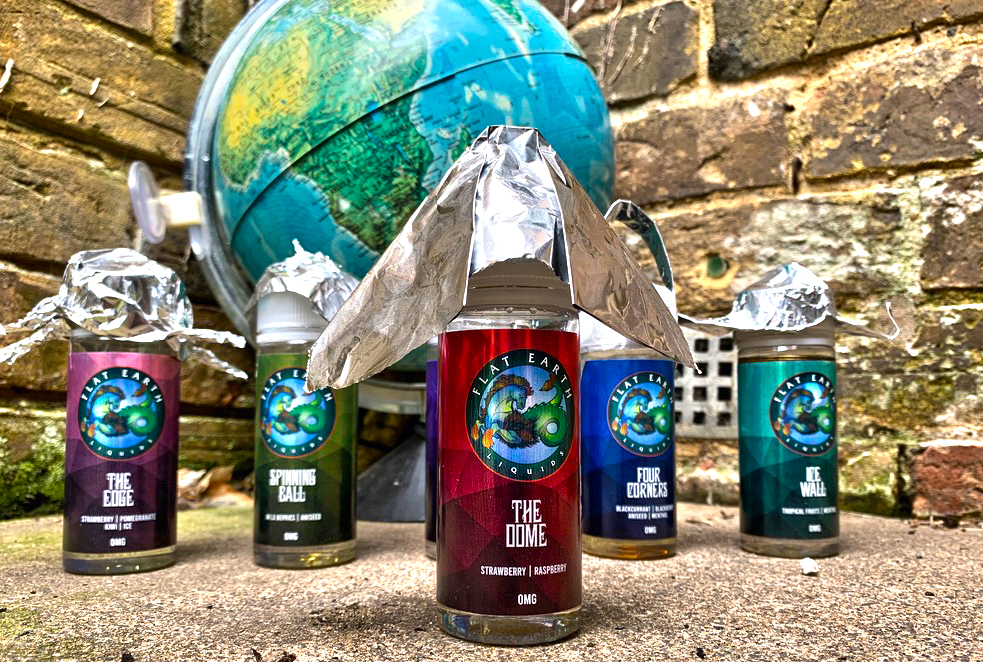 “Four Corners - A fruity blend of Blackcurrant, Blackberry, Aniseed with a chilling blast of Menthol”

Four Corners is the flat earth interpretation of a very popular juice blend and is one that a lot of ranges cover so it has some stiff competition. For me, I really liked the blackcurrant, it is strong and bold whilst still being juicy, and the blackberry was a lot more subtle. In fact I probably wouldn’t have picked it out in a blind test but there is a floral sweetness so I guess that is what it is there for. The aniseed is mellow but balanced and works well. The menthol is not as strong as some versions which suits me well but I think some vapers would like it to have a little bit more of a kick. That is down to preference though and I found it was nice to have a less in your face version of this classic recipe. 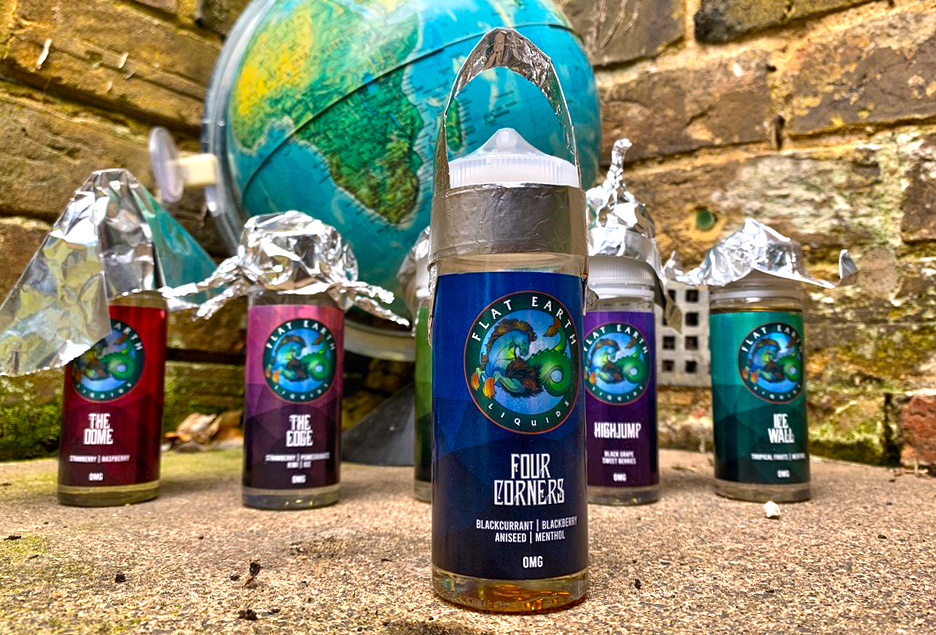 This is not dissimilar to Four Corners but without the richness of the blackcurrant or the menthol cut, so it would be great for people who like the basic flavour without the freshness. Personally I’m not that big a fan of menthol so this would be an obvious choice for my tastes and I think it is great to have an alternative option for aniseed lovers. The aniseed is the stronger flavour here but it is backed up by a light sweet secondary note from the berries and it works well as an overall blend. It is a clean flavour for those days when you want flavour without intensity. 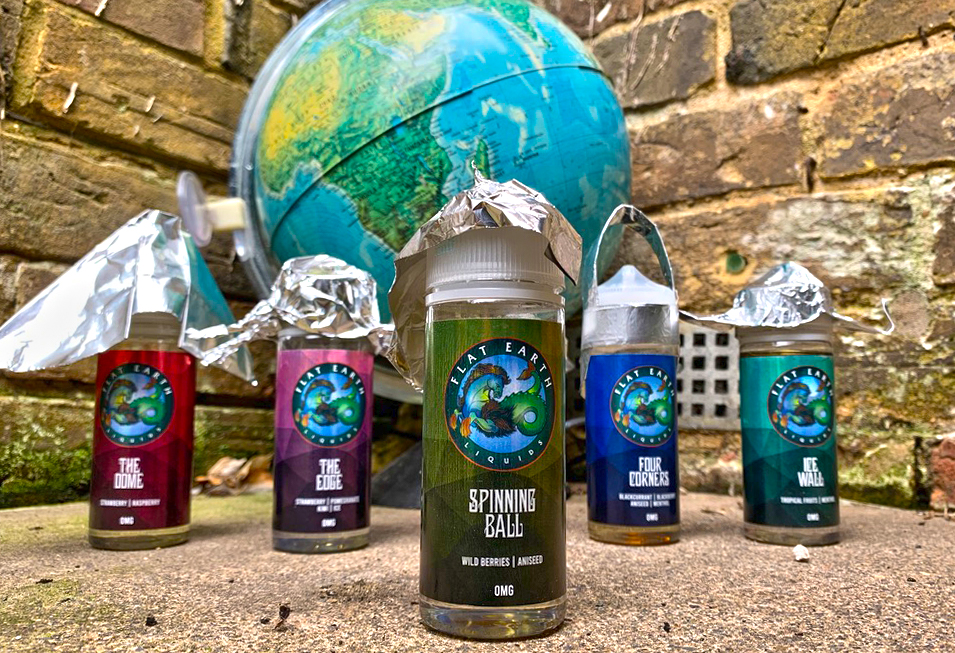 This was one of the ones I was a little wary about after reading the label. As I have already said, I am not that big a fan of menthol of iced juices. Saying that, the fruit blend is right up my alley so I was curious. It could have gone one way of the other. Thankfully the ice blast was fresh rather than brain melting and struck a good balance. It doesn’t take anything away from the fruit mix. I didn’t get much of the pomegranate but it is a very light flavour so is more of a steppingstone between the sweet strawberry and the surprisingly strong kiwi. I love kiwi fruit and love how well it cuts through in this mix. Unusually for an iced mix, this is one I will definitely go back to. 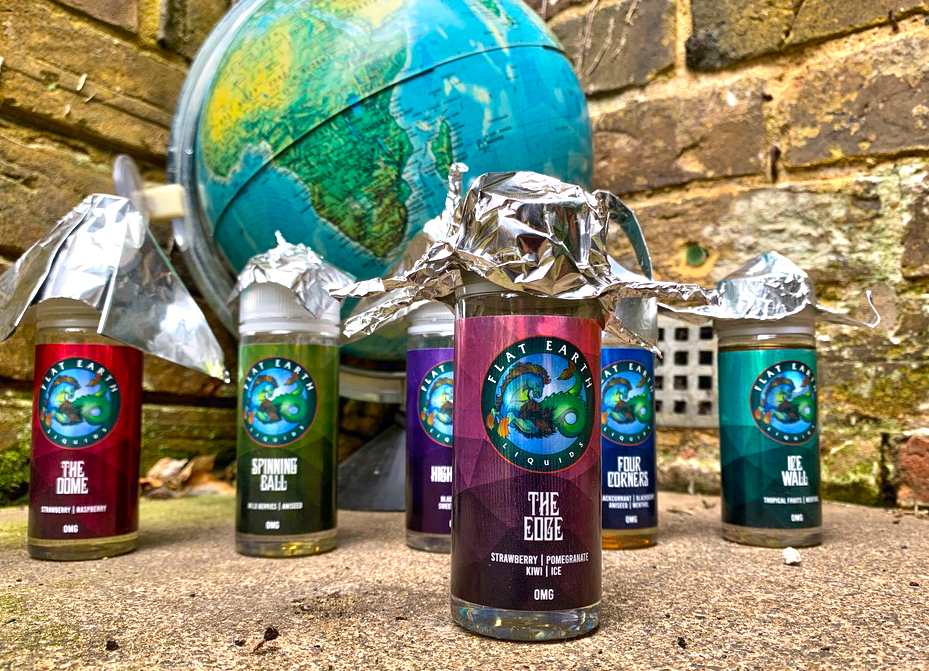 Here is the second one that I really wasn’t looking forward to. The fact that menthol is the first listed flavour meant I was going to need to brace myself before diving it. But I needn’t have worried as this also ended up being the surprise flavour in the bundle. It is a strong menthol and one that I would usually stay well clear of but the aftertaste with the mixed tropical fruit flavour kept me coming back for more. It isn’t even a strong tropical flavour and a very general one, but it works so well with the menthol. Again, it you are looking for a face meltingly strong menthol, you might find this a bit too mellow, but to my tastes, it just works. Out of all the bottles, this is the one I’ve vaped the most of. 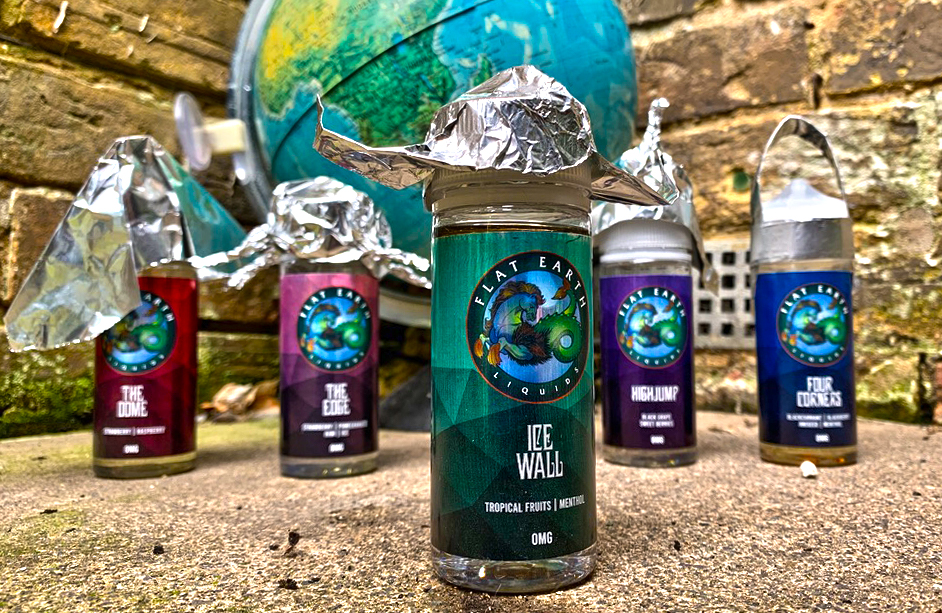 Well I’ve made it to the end without the men in black knocking down my door, and I can safely remove the tape over my built in webcam so The Zuck can’t spy on me any more than he already does. But if he does, all he will find is my honest and personal review of a solid juice range. He will also find out that these are quite a bargain at £14.99 for 100ml although I think he has enough money not to worry about things like that. Monday Vapes also offer free shipping of you spend £20 or over too so it is worth picking up at least a few bottles. As for flat earthers….well even they will come around eventually!

Many thanks to Monday Vapes for sending these in for review. 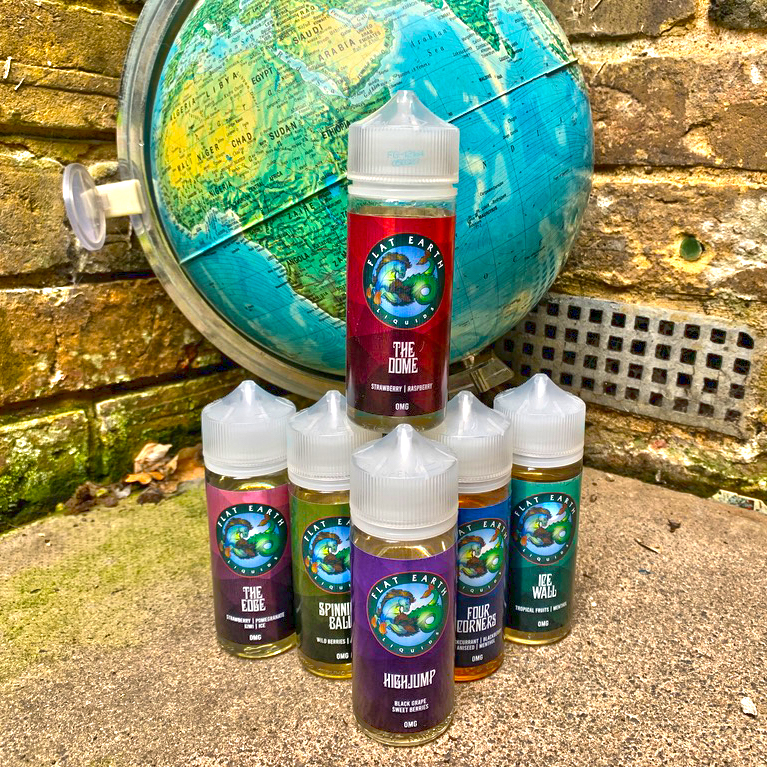 If you are a manufacturer, distributor or vendor and have an item that you would like reviewed by our team please contact us here.

Article by Michelle (Purplefowler)
Purplefowler (Michelle to her friends) bought her first vaping device on 14th July 2011 and hasn’t smoked since. Being a bit nerdy, she started looking online for advice on general vaping and found some good U.K. forums who were mostly populated with bearded real ale drinkers with holes in their hand knitted jumpers and geeky women (michelle was one of the latter as her beard growing skills were lacking!).